Casting its spell on countless generations, Westerners have always had a certain fascination for Morocco. For Winston Churchill it was the sunset over the snow-capped Atlas Mountains; for boho musicians such as Jimi Hendrix and Cat Stephens it was the smoke-ringed “Marrakech Express” days; today, it’s the exotic mix of high-style real estate projects that have second-homers and property investors well and truly smitten. Changes to the law in 2001 allowing foreign investors to take the proceeds of property sales out of the country signalled a step-change in the country’s real estate fortunes, backed by a newly-formed government Promotion Unit set up to channel inward investment. 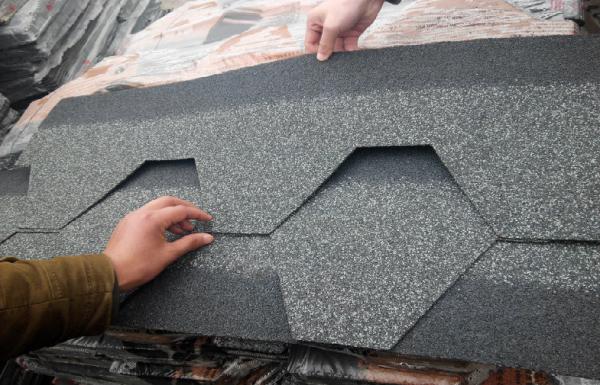 With £2 billion in foreign direct investment (FDI) in 2007, the country’s economy is in equally rude health. Key infrastructure projects including six new purpose-built coastal resorts (part of a new beachside playground that will run from Saidia near the Algerian border, down to Plage Blanche, south of Essaouira), regional airport expansion and a port in Tangiers, are all integral parts of the government’s Plan d’Azur Vision to boost tourist numbers. “Property prices per square metre on new-build have doubled in the past three years in hotspots like Marrakech and Tangiers,” explains Ben Jones of Saffron Villas, “but that’s to be expected. More critical to investor confidence is the government’s measured approach to boom times, with a secure land registration system and a working blueprint for sustainable coastal development.”

Coastal Developments
Bolstering first-growth sales in city Meccas like Marrakech and Tangiers, real estate investment opportunities are now mushrooming along the Mediterranean and the Atlantic coasts, with the first of the Plan d’Azur developments, Mediterranean Saidia, attracting a steady ‘foot-flow’ of customers https://www.mosaicroofingcompany.com/.

Located on a stunning six-mile stretch of coastline and a favoured weekend retreat for well-heeled Moroccans, Mediterranean Saidia will cover seven million square metres in total and sport three golf courses, a 750-berth marina and several five-star hotels. Drawing interest from the golfing fraternity are the fully furnished luxury apartments and fairway penthouses in the gated community of The Greens, with studios selling for £113,000 rising to £133,000 for a two-bedroom penthouse with Saffron Villas. Kitted out to a high standard, units come complete with branded white goods, plasma screens and fully fitted kitchens. “Residents also get a 50 per cent reduction in golf membership for all three courses,” adds Jones.

An attractive alternative with Property Borders is Villas du Soleil. Boasting an idyllic location, just minutes from the beach, the development will have a large lagoon style swimming pool, tennis courts, gymnasium and indoor heated pool. The 76 Moorish design villas with private pools start from £251,000 for a two-bedroom unit rising to £371,000 for a three-bedroom unit with garden and solarium.

Ourika Valley
Arguably the country’s most ambitious residential tourism project to date is Oukaimeden ski resort in the Atlas Mountains. Snow-sure at over 3,250 metres, yet only an hour’s drive from downtown Marrakech, the station’s $2 billion “luxury” makeover by Emirates-based developer Emaar PJSC, will combine recreation, entertainment and real estate components phase-built across the High Atlas scenic valley bowl. Scheduled to complete in 2010, Emaar’s master plan promises low-density and an absence of high-rise, music to the ears of property agent and developer Nicky Kerman of Marrakvillas. “The resort has been popular with wealthy Moroccans for years,” he says, “its close proximity to Marrakech and its quality off-piste and cross-country options draw a loyal following, but its full potential has never been exploited. The ski season is reliable running from January to March, while plans to upgrade mountain biking, trekking and climbing amenities in the summer months will also maintain steady visitor numbers throughout the year.”

Catching the wave of an early boom, several upscale developments are springing up in the surrounding Ourika Valley; the vineyard-speckled mountain foothills offering the best of both worlds – close enough to the hustle and bustle of Marrakech, yet just a 30-minute transfer to the slopes. “The area has huge potential,” adds Louise Hillcoat. “Planning guidelines, however, are stringent: no building can exceed three storeys and build density on developments can be no more than 60 per cent.”

Company director, Peter Roberts from Ripon in Yorkshire fell in love with the area when he took his wife Caro on a retreat to the mountains to celebrate her 50th birthday. The couple now own a stunning four-bedroom, architect-designed home at Bab Adrar D’Atlas, a former eight-hectare farm estate set back from the valley. “We love it here,” adds Roberts. “It suits buyers who prefer to be away from tourist hordes, yet you’re only 25 minutes from Marrakech.” Three-bedroom villas at Bab Adrar start from £555,000 rising to £945,000 for a five-bedroom home. No two properties are the same, each sporting its own individual design, with vast gardens and covered outdoor living areas. Interiors boast bespoke artisan features such as sculpted plasterwork and polished tadelakt (china clay) walls. Owners not out and about exploring the surrounding valleys and Berber villages can make the most of the resort’s hammam spa, gym and treatment rooms with a golf practice area currently being built. “This is undoubtedly one of the best spots to build and buy,” adds Roberts. “A day’s skiing or a leisurely stroll around Marrakech Medina, why choose when you can have both?

Marrakech
A colourful capital of ochre stucco buildings and gleaming minarets, Marrakech is now a destination of choice among city-break investors; the capital’s Tropez-like swimming pools and Ibiza-style beach clubs now wooing a well-heeled younger crowd. European buyers to date have swooped upon the Medina (Old City), restoring dozens of old riads (townhouses with courtyards) and dars (houses without gardens). Entry-level prices have rocketed in the past four years: semi-renovated apartments with roof terraces selling for £70,000 rising to upwards of £500,000 for a five-bedroom riad in prime condition with panoramic city views. Those seeking a DIY project, will still find a healthy stock of renovation opportunities in the districts of Daudiat and Massira, while the upmarket district of La Palmeraie the ‘Beverley Hills’ of Marrakech continues to push the price ceiling; traditional pink brick Moroccan mansions with all the trimmings setting you back upwards of £2 million. The city is, however, also attracting big bucks buyers seeking exclusivity but with all the conveniences that come with service-oriented community living.

A prime example is Domaine Royal Palm, a stunning 243-hectare residential resort on the city outskirts. Scheduled to open at the end of 2009, the resort will feature a world-class Clarins spa, international 18-hole golf course, equestrian centre and polo fields, and bespoke residences designed by leading Mauritian architect Jean-François Adam, incorporating the evocative local colours, textures and traditional design elements synonymous with the culture of southern Morocco. Prices start from £500,500 with Erna Low.

Tangiers
With Vision 2010 funding in place, Tangiers is successfully shrugging off its down-at-heel reputation. The city’s sweeping beaches and hilltop serenity is starting to attract overseas buyers, with property prices 30 to 40 per cent cheaper than Marrakech. Work is also scheduled to star next year on a new high-speed rail link, confirms Philip Arnott of Moroccan Properties Immobilier, upgrading links between the north and south of the country and cutting transfer time down from Casablanca on the coast to just two hours: “Once running, real estate prices are set to soar,” he adds.

Top-notch £600,000 villas are de rigueur in La Marshan, an elegant, hillside colonial quarter just a stone’s throw from the sea. “You can expect some competition there too,” adds Arnott. “It’s a popular neighbourhood with expats and properties rarely stay on the market for long.” Modern villas and beachfront apartments in the up-and-coming coastal district of Malabata, by contrast, fit into a more accessible price bracket, with two-bedroom apartments fetching upwards of £220,000. Those seeking a hassle-free alterative may like El Oasis de Marrakech, a secluded resort just ten minutes from Tangiers International Airport. Designed to reflect the historic influences of the city of Marrakech, each of the resort’s three distinctive neighbourhoods reflects a mix of French, Berber and Arabic design. One-bedroom apartments set in landscaped gardens with communal pools are priced at £26,000, rising to upwards of £70,000 for a three-bedroom penthouse, through Platinum Investment Properties.

Essaouira
One of the most enchanting spots along Morocco’s Atlantic coast, Essaouira swaps the rose hues of the mountain towns for sparkling whitewashed walls and blue shutters. Located south-west of Casablanca, the town’s cosmopolitan ambiance stems from its mixed heritage of Arab, Portuguese and French cultures, giving it great appeal to Western European second-homers. “Essaouira is now fashionable among Moroccans as well as being a favourite spot with jaded urbanites due to its coastal location,” adds Jack Oswald of local agent Karimo. “It’s not as frantic as Marrakech, yet there’s enough going on with the beach, hammams and spa, as well as a large souk to potter about in. Property prices have risen by ten per cent in the last year, with a similar forecast expected for 2008-9.”

Residence Maroc has a beautifully renovated riyad in the town’s celebrated medina with a price tag of £215,500. Crowned by two roof terraces and spread over three floors, the residence offers 250 square metres of living space, with four good-sized bedrooms and a classic design mosaic patterned courtyard.

Those hankering after something a little more secluded meanwhile, should head to the town outskirts. Located in private grounds and boasting panoramic sea views, Karimo is marketing a stunning four-bedroom, three-bathroom, architect-designed villa with mosaic tiled pool and two independent houses for guests and staff. Built in classic Moorish-style with horseshoe archways, windows and doorways, the property has an asking price of £480,000.